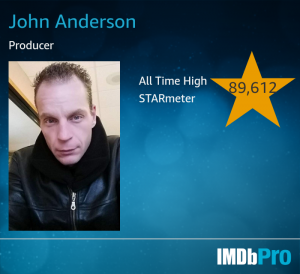 John Anderson is an experienced actor both in audio and the film industry.  Many remember him for exposing corruption as well as convicted pedophiles on his YouTube channels and websites back in 2009.

John is a survivor of sexual abuse, he has also has created many awareness shows surrounding fake advocates, sex offenders on Facebook, pro pedo company owners. In 10 years he has saved countless lives by also giving support for those who suffer severe PTSD and other survivors of childhood sexual abuse.

John now retired being a part of the exposing series of shows and has moved on towards more acting than shows exposing vile evil.